We are committed to sound corporate governance
to ensure responsible growth.

Dr. Sonu, who joined the board on March 23, 2018, is currently a visiting professor of Finance at Business School of Seoul National University. Prior to this position, he worked as a professor of Finance, at School of Business Administration, Hongik University for 26 years until retiring in 2017. Dr. Sonu has an expertise in Corporate Finance, Corporate Governance and Bank Risk management. He has authored bestselling books in his area regarding corporate M&As and asset-liability management (ALM).

During his tenure at Hongik University, he served as the Dean of Graduate School of Business Administration and as Presidents of two major Finance related academic associations which are Korea Finance Association and Korea Money and Finance Association. Besides academic careers, he has been involved with numerous organizations and advisory councils both in private and public sectors, including non-executive director positions in banking, other financial service and fashion industries.

He received Ph. D. in Finance from the Wharton School of University of Pennsylvania, M.B.A. from Kellogg School of Northwestern University and B.E. degree in applied Mathematics from Seoul National University.

Director Myung Hee Choi joined the board on March 23, 2018. She has been a Vice President of Korea Internal Control Assessment Institute since 2011. She dedicated most of her career to financial industry and internal control. She started her profession at Citibank Seoul Branch in 1974 and had held the position of Senior Operation Officer until 1991. She extended her career to a public sector while serving as a Director in Financial Supervisory Service from 1999 to 2005. After that, she joined Korea Exchange Bank and had worked as the Auditor for 4 years and Global Ombudsman for 2 years until retiring in 2011.

Director Kouwhan Jeong joined the board on March 23, 2018. He has been the President Attorney of Nambujeil Law and Notary Office Inc. since 2016. Prior to this position, he started his career in 1982 as a Public Prosecutor and he had held multiple outstanding positions at Public Prosecutors’ Office until retiring as a Branch Chief Prosecutor of Bucheon Branch Office of the Incheon District Prosecutor' Office in 2003. After that, his great belief in common good led him to serve the public by having the positions of Chairperson of Consumer Dispute Settlement Commission at Korea Consumer Agency and the Standing Mediator of Korea Medical Dispute Mediation and Arbitration Agency.

During his tenure at Hongik University, he also served in numerous administrative positions such as, the Dean, School of Business Administration, Dean of Graduate School, and Vice President of the University.

Dr. Kim has an expertise in Financial Accounting, Auditing and Governmental Accounting. He played an important in accounting standards setting in Korea serving as the Vice Chairman of the Korea Accounting Standards Board and as a member of IASB’s Standard Advisory Council for 3 years from December 2000.

Prior to joining the board of KB Financial Group Dr. Kim has held many positions in the business society especially in the banking sector. He served as outside director positions in Citibank Korea Inc. and Shinhan Investment Co. and President’s advisory board member of the Korea Development Bank.

He received M.S. and Ph. D. in Management from Purdue University of Indiana and B.B.A. from Seoul National University.

Director Seon Joo Kwon joined the Board as a financial expert with extensive hands-on experience in the banking industry.

Director Kwon began her profession at Industrial Bank of Korea (IBK) in 1978 and has been through more than a dozen branches of IBK. Her broad field experience enabled her to successfully serve various leaderships at the Head Office when she was called to head the Customer Service Center, the Private Banking Department and the International Trade Business Department, to name a few.

In 2010, she was promoted to Managing Director and Head of the Central Regional Headquarters of IBK. In 2011, she became Senior Executive Vice President and Head of the Credit Card Business Division, and later Head of the Risk Management Division.

Her career at IBK culminated with her last as the Chairperson & CEO. She became the first female CEO in the banking industry and was in the office from 2013 to 2016.

While her broad experience at the customer contact points gave her a deep understanding of the branch operations, her time at the Head Office allowed her to build comprehensive knowledge of the financial industry and the global economy.

Post her retirement from IBK, she worked with the Korea Institute of Finance (KIF) as a visiting scholar between 2017 and 2018, performing various research and consulting projects over diverse economic and financial issues.

She was named as the Financial Person of the Year by Maeil Economic Daily in 2015 and Korea’s Best CEO by Fortune Korea in 2016. Also, she won the nation’s Bronze Tower of the Order of Industrial Service Merit award in 2015 for her contribution to the development of the industry and the national economy.

During his tenure at Chung Ang University, he also had served numerous administrative positions such as the Dean of MBA program and the Dean of College of Business and Economics.

Dr. Oh has expertise in capital markets and international finance. He conducted various researches on Korean capital markets, and advised Financial Services Commission as a member of various committees such as Public Money Management and KOSDAQ.  He advised the Ministry of Economy and Finance to pursue Asian Bond Market Initiatives (ABMI) for ASEAN+3 countries. He also worked for Asian Development Bank as an expert consultant. 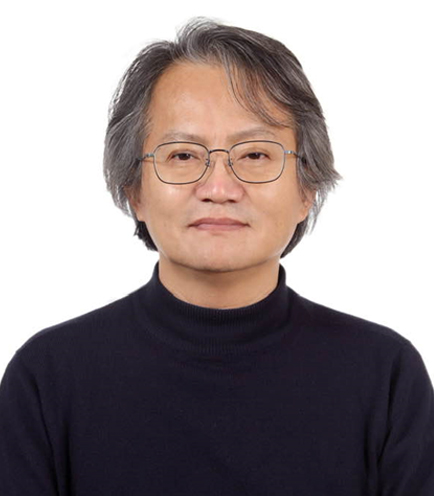 He is well-known for his skills in discovering promising start-ups and incubating them to evolve into established companies. He is also currently serving as the public ambassador for Seoul Digital Foundation. Prior to joining the board at KB Financial Group, he has served as the chairman of the Korea Mobile App Award committee, advisor for NHN Japan, and advisor for eSamsung Japan. Also, He served as the Head of R&D center of Cyberpass Corporation.

He also served as an outside director for Kakao, Korea's number 1 one social platform, for 6 years where he worked with Kakao from when they were a start-up to when they grew to become a large corporation. Dr. Choi has expertise not only in digital but also in the responsibilities of an outside director and corporate structure.

※ According to article 8, paragraph 3, subparagraph 4 of Enforcement Decree of the Act on Corporate Governance of Financial Companies, an independent non-executive director of listed bank holding company may not hold a position as an independent non-executive director, a non-standing director, or a non-standing auditor for other listed corporations, and may not hold a position as a director, an operating officer or an auditor for at least two corporations in addition to KB Financial Holding.